Boot camps, why they’re not as cheap as you think 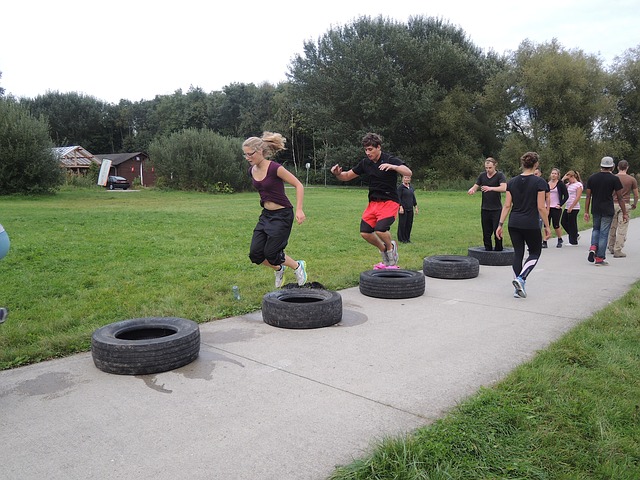 “We’re the biggest and best” “£10 for 10 sessions” “Our sessions kick ass”!!! Boot-camps, the new big thing in beasting already broken people, that think their gonna get that “summer body”, by running around in a field getting shouted at (this is apparently encouragement) whilst performing exercises their bodies are just not up to.

There’s a reason it’s being sold so cheaply, because it’s about packing in the numbers, so people think it must be good for you, because it’s so busy. Absolutely nothing to do with giving their members a workout that actually benefits them in a positive way. Why do you think yoga cost 2,3,4 x as much? Because it’s good for you!!!!! And you’ll still get a big workout

Packing in a hundred people in a field and claiming your boot-camp is the “biggest & best” while having 2 or 3 instructors, is nothing short of irresponsible at best. As trainers our job is to look after the people we instruct, and I don’t care how good you think you are, you simply cannot safely look after that many people, with any less than at least 8-10 trainers.

With people performing un-supervised complex movements like barrel clean & press or swinging kettlebells, or doing planks with a huge curve in their spine & their head hanging down to the floor or people holding their partners ankles whilst led on their back as they shove their feet to the floor, after they’ve been sat at a desk all day, is like giving a small child a razor blade!! It’s an accident waiting to happen. The average 9-5 desk jockey or stay at home mum has the functional nervous system of a snail, and all your happy bouncy boot camp trainer is doing is making it worse, and setting you up for an injury. It may not happen there & then but it’s going to, that’s a guarantee.

The average person nowadays needs what’s termed working in, & not working out. Most people simply haven’t got the energy to give in a “Workout” and thus are just creating more and more issues for their health by doing so. Your average Boot-camp instructors not gonna tell you this because, A, you’ll go and do something that actually benefits you in a good way, and their precious numbers will go down, & B, They just don’t know

As someone that works with people’s nervous systems, I come across people every day that cannot process what they’ve been shown, and thus have no idea how to actually perform the exercise correctly and safely. So when they get left in a group of 10 others who also don’t really know what they’re doing, and copy the person next to them, well I’ll leave it to your imagination what their bodies going through.

Just because you can “feel it” or “It hurts so good” doesn’t actually mean it’s doing you any good, I drop a kettlebell on your foot your gonna “Feel it” but tell me if you got any good from it!!! Doubt it.

A local physio sent me a client that goes to a local big boot-camp, with a list of issues as long as their arm, and that’s just the physio’s assessments, that’s before I got hold & assessed them as well. All the guy was interested in was “How hard was I gonna work him” & Will functional movement training “Get him Pecs”!!!!!!!. Needless to say we didn’t train together, the boot camp mentality had set in & off he went back to the thing that had broken him in the first place, no doubt greeted with a smile by his happy bouncy instructor.

With every trainer advertising they’re boot-camps all over Facebook everyone thinks their good for you. Which if you have a very good trainer and their happy to keep the numbers moderate and focus upon technique, they can be. (Providing the trainer can actually do it correctly as well) Not everyone can afford a 1-1 PT, not everyone can afford a gym membership, so the lure of a cheap boot-camp and wanting to get fit can be a big one, but what I would say, is be careful. If your instructors boasting their the “Biggest & best” because they get the most people in, that in my eyes is a trip to someone like myself to get fixed, just waiting to happen (The reason your cheap boot-camp is not as cheap as you think, I charge a lot to fix people). Me personally, I’d look for a small to moderate sized Boot-camp (no more than 12-15 people) where you have way more chance of being properly looked after.

As with every blog I write, I’ll end with saying this is just the professional opinion of a trainer, that’s spent 13 years learning from some of the best minds in health & fitness. If my opinion can help people make better choices about their health & fitness then that’s a bonus. What people choose to do is ultimately their choice. Remember, what you do in a workout should be about YOU & NOT what everyone else is doing.

Start your journey to a new functional you today - your first 121 session is free!